How does a perfumer turn a fragrance concept into a finished perfume? Why are many months required to bring a new fragrance to life? This description of the fragrance creation process is written from the artisan point of view since that is what I know best, but the steps are similar whether done on a large or small scale.

The inspiration is the easy part! The original concept for a new scent might be based on a person, place, mood, fragrance ingredient, or another art form such as music, literature, or visual art. The inspiration could come directly from the perfumer’s personal experience, or the concept could come from a client or creative director in the form of a fragrance brief. The perfumer might need to research the subject to fully understand the client’s vision. The name of the scent might be part of the concept, but name availability must be checked to ensure that the name is not already in use. As in other areas of life, product ideas are more plentiful than time to complete them! 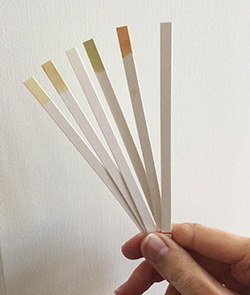 The method of formulation varies a bit from one perfumer to another. Some perfumers immediately write a complete formula with top, middle, and base notes, while other perfumers break the scent down to work on parts independently before putting the parts together. Perfumers often work on accords separately to use later in the full formula. 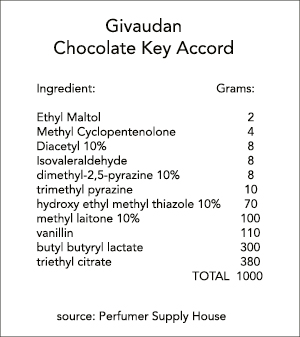 Professional perfumers work in measurements of weight (grams) rather than in measurements of volume (drops or ml) because weight is more accurate and can be scaled up to large batches. Most perfumers write formulas in a spreadsheet that calculates the weight percentage of each ingredient in the formula based on the perfumer’s specified ingredient concentrations and amounts. Knowing the ingredient percentages is important because the perfumer has developed, over years, a feeling for reasonable percentages of each ingredient. Percentages also help the perfumer follow safety guidelines such as those established by IFRA. Perfume formulas are traditionally written for a total of 1000 grams (1 kilo), but the formula can be scaled to any desired total amount once the ingredient percentages are known.

The image above shows a short example formula, from Perfumer Supply House, for the Givaudan chocolate key accord, which is not meant to be a perfume by itself but can be used as a rich chocolate note in perfumes. Some sample formulas are also shown on the Firmenich website, such as a demo formula featuring their beautiful rose base called Wardia. Most spreadsheets for full perfume formulas would include more ingredients than these simple examples, and the spreadsheet would include columns for ingredient concentrations and percentages in the finished product as well as a scaling factor to increase/decrease batch size. Perfumers usually develop their own spreadsheet format  tailored to their method of formulating.

Weighing Out The First Trial Batch

When the formula looks promising, the perfumer weighs out a small batch on a scale. Most artisan perfumers start by making small amounts with at least some of the ingredients in dilution. Small batches conserve ingredients and save money, which is wise given that the perfumer will likely need to make many trial versions, often called mods (short for modifications).

When making a tiny batch, say 10-30 grams, even one drop of some ingredients might be too much, so pre-diluting becomes necessary. Some ingredients in formulas need to be used at orders of magnitude less than others. For example, aldehydes, geosmin, civet, indole, and birch tar are some ingredients that are used in very small amounts.

Perfumers at larger companies often have lab assistants who weigh out the mods, and some labs have sophisticated machines that help with weighing formulas. Artisan perfumers create mods by hand themselves and dream about those formula batching machines!

Each time the perfumer weighs out a formula, he or she tests the result on skin and/or on paper scent strips. After sniffing, the perfumer adjusts the amounts of ingredients in the formula and might even add or remove a few ingredients. Evaluating each mod can require several wears, and the perfumer might need a few days away from the scent occasionally to freshen his/her nose. Working on two or more scents at once can actually help keep the nose fresh.

Creating Mods, Testing, And Getting Feedback

The process continues with the creation of successive mods followed by testing on skin and paper, often comparing mods to each other to determine which mod is best. At some point, the perfumer asks other people to test mods. In the case of larger fragrance houses, this step likely includes professional fragrance evaluators, clients, and/or creative directors. Testing the formula on multiple people is important because each person’s nose, skin, and preferences are different. Sometimes feedback can be contradictory; for example, some people might say the scent has too much of one note while others might say they would prefer more of that note. The perfumer collects all the input and then tries to adjust the formula to work for as many people as possible, while also fulfilling the overall fragrance concept.

A fascinating and beautiful description of the fragrance formulation process is given in an interview with perfumer Michel Roudnitska on the Bois de Jasmin blog. Roudnitska says that he spent two years creating about 300 trials before finishing the scent Bois de Paradis for the brand Delrae. (The effort was worthwhile for the gorgeous result!) In an interview on Fragrantica, Firmenich perfumer Olivier Cresp says that fragrance creation takes a few hundred modifications. It is interesting, and perhaps somewhat comforting to indies and artisans, that even the great master perfumers create many trial mods.

Final Mod And Scaling Up The Formula

As with many creative endeavors, it can be hard to decide when to call the product done. The perfumer by nature feels the urge to keep tinkering, but eventually the formula is hard to improve any further and input from testers/clients/creative directors confirms that the final mod meets the goals and has some special appeal.

Once the final mod is chosen, the perfumer scales up the formula to production size. The perfumer adjusts the formula in the spreadsheet to increase the concentrations of most or all of the ingredients to 100% (neat), thus creating a nearly alcohol-free concentrate. All the alcohol is added after batching the concentrate, which is much more efficient than working in dilutions but is only possible when making larger batches.

The perfumer often creates a few final mods, diluting small trial sizes of the concentrate with different amounts of alcohol to determine the optimal final concentration of the finished fragrance. If several different concentrations are desired for multiple end products, like an edp and a parfum, the perfume concentrate formula will often need to be different for each end product.

If the perfume will be sold in countries that require regulatory paperwork, these steps must be done once the final formula is complete and before the scent is released. Some countries require the fragrance to pass a product safety assessment, receive a certificate of IFRA compliance, and be registered. Modifications to the formula could be required, but most formulating is done with the regulations in mind to prevent the need for changes at this late stage. The final formula also determines the EU allergen listing for the packaging.

After maturing and macerating, the fragrance needs to be filtered to remove particulates that accumulate from natural ingredients like resins. Many perfumers put the perfume in a freezer or refrigerator for a short time immediately before filtering because that extra step prevents particulates from dropping out later if the perfume is subjected to low temperatures. 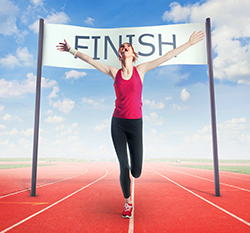 Months have gone by, and now the perfume has been formulated, batched, matured/macerated, and filtered. Finally, the perfume is ready to bottle! The fragrance can now be added to websites and sold, if it will be released commercially.

The release stage and the inspiration stage are two of the most exciting parts of the perfume creation process, partly because they are shared with other people. More solitary moments of excitement and breakthrough occur when the formula starts to come together or when a specific formulation problem is solved. The process is addictive and is especially satisfying when multiple testers start to say that they would like a bottle for themselves. The process of bringing a perfume from concept to production requires a significant investment of time, money, and patience, but it can be very satisfying for the perfumer and the creative team, and with luck the end result is satisfying for customers as well.

6 thoughts on “The Fragrance Creation Process: From Inspiration To Release”